Rethinking Our World from the Perspective of Poverty - with Joseph Wresinski

Under the direction of Marc Leclerc, Bruno Tardieu and Jean Tonglet, this international seminar brought together over 80 academics, activists in the fight against extreme poverty, and people living in poverty from 15 countries in order to discuss how extreme poverty challenges our way of thinking.

In partnership with CCIC and Colloque TV.

On the one hundredth anniversary of Joseph Wresinski’s birth, ATD Fourth World organized an international seminar to reflect on the implications of Wresinski’s writings in today’s world.

Through contributions from history, sociology, anthropology, psychology, epistemology, theology, and economics, as well as contributions from the experiences of people living in extreme poverty and those who work alongside them, the following topics were addressed: those excluded from cities in search of their history; the historical moment when the poor became partners with Joseph Wresinski; rethinking responsibility; violence and giving – rethinking human relations; culture and extreme poverty; and epistemological criticism and knowledge. In a joint session, the conference participants and attendees from the ATD Fourth World People’s University in Normandy reflected on Wresinski’s contributions. They looked at what he brought to each citizen (whether living in extreme poverty or not), and to every societal or political institution, so that they are no longer powerless in the face of extreme poverty.

Wednesday June 7: The City’s Outcasts in Search of Their History

Thursday June 8: When People in Poverty Become Partners in History 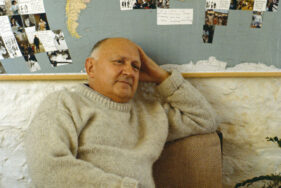 Rethinking Poverty and the World in Order to Take Action

Above: Joseph Wresinski in 1987. Excerpt from Rethinking Our World from the Perspective of Poverty with Joseph Wresinski. This book (…) END_OF_DOCUMENT_TOKEN_TO_BE_REPLACED 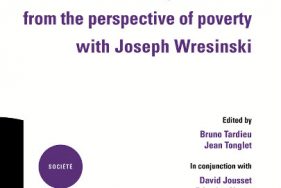 Rethinking Our World from the Perspective of Poverty with Joseph Wresinski 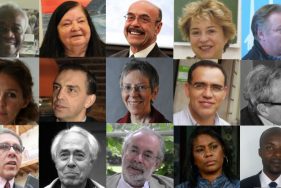 The Ethics of Participatory Action Research on Poverty