Skip to content
Home > Videos > Film: I Bear Witness to You

Film: I Bear Witness to You 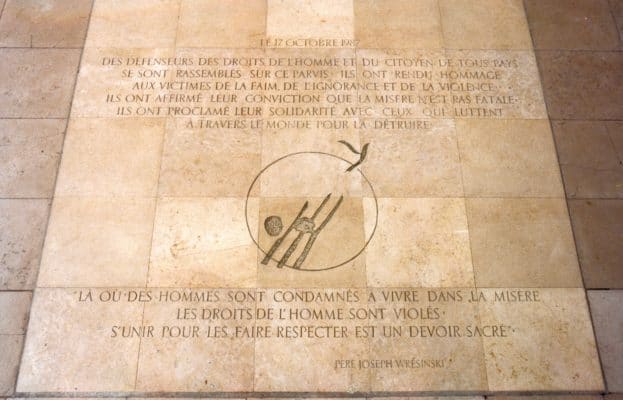 I bear witness to you (27 min – January 1988) was made following the first World Day for Overcoming Poverty on 17 October 1987 in Paris, France. This film demonstrates that there can be no fight against extreme poverty without the participation of those living in it.

Today as in the past, millions of families around the world live in poverty. This film gives them a chance to speak. It shows their daily efforts to resist exclusion, shame and poverty.
Father Joseph Wresinski along with families living in a shanty town outside Paris founded ATD Fourth World in 1957. In 1987 during the first World Day for Overcoming Poverty, a commemorative stone was placed on the Human Rights Plaza in Paris in honor of the victims of poverty.