Skip to content
Home > Writings > Everything came from a shared life

Everything came from a shared life 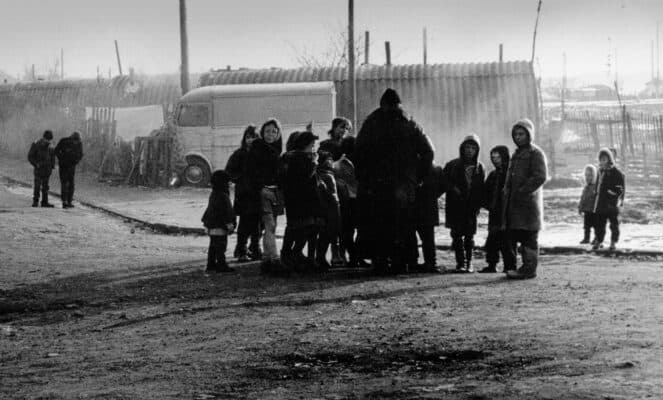 In his interview with Gilles Anouil, Father Joseph Wresinski recounts the beginnings of the ATD Fourth World Movement in the homeless camp of Noisy-le-Grand.

— Therefore, you founded the Movement with the people concerned, themselves, didn’t you?

— What else could I have done?  Don’t imagine I was a precursor of the notion of participation.  I was one of them and I belonged to their community.  Like them, I was cold and hungry.  They made fun of me because I did not take advantage of my position as a priest.  For instance, one day I was sitting on the ground and a woman accosted me and asked for money.  I had nothing to give and I told her so.  She then turned to the passers-by and started shouting, “Look at this priest who has nothing to give me!”  To a man who had come to ask for some coal, I had to say that I was cold myself, that I had nothing to give him.  He nearly knocked me out, but I was faster and knocked him to the ground, as a result of which I gained my reputation as a black belt.

To whom else could I have become allied?  The situation I shared with the families was intolerable, not because of any particular fact, such as those I have just told you about, but because it went on and on.  Had it lasted six months, it would have been bearable, but not after a year.  At the end of two years, either I would have been revolted or I would have given up altogether and sunk to the bottom with the population.  Our first association was born out of this fear; it was a way of sharing this daily tragedy.  In fact, all that followed was born in the same way — out of reality, out of an overflow of injustice and out of the fear of sinking together.  Everything came from a shared life, never from a theory.