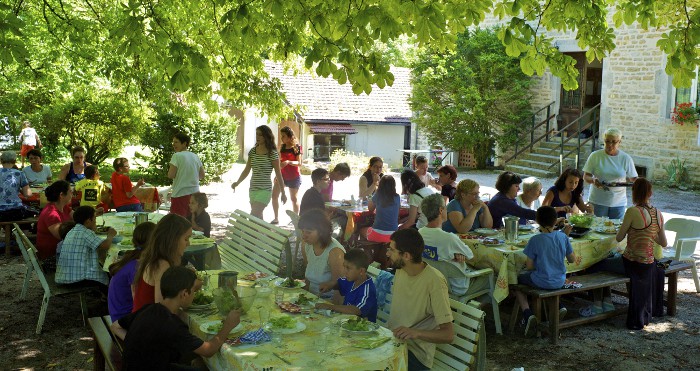 More than ever, rest, leisure and holidays are rightly considered as essential activities. In this 1986 text, Father Joseph Wresinski reminds us how people living in poverty are all too often deprived of these.

Children get restless and talk back too sometimes.

School and its failures become harder to endure.

Parents ask more and more bluntly for a little rest.

“We can’t wait for holidays time so the kids can go somewhere, and we can have some peace around here…”

But when they’re alone they tell each other, “It’ll do the kids good.

They need to get away.  They’ll learn something.”

Some parents have been scrimping since February to put a bit aside.

But most will have spent their savings already, on doctors’ bills, back rent payments, and debts that have piled up.

Plans are made, “We’ll pack up the kids and take off for one of those family vacation homes, or maybe to visit relatives.”

“This will be a turning point in my life,” says Mr. Jacket. “I’m going to stop drinking. They promised us a month in the mountains. And then I really will get a job.”

But the closer summer vacation gets, the more fear grips the families.

So people start avoiding the social worker, because they haven’t filled out the application forms…

What good would it do?

The children won’t be going anyway.

Whenever children start talking about summertime, grown-ups get irritable and find excuses to shout.

Children stay out in the street later.

It’s no fun being home, especially in May and June when there’s often an outbreak of repossessions and evictions.

So the youngest bear the brunt of the tensions, and the older ones act tough: “Summer camp is rotten anyway.”

I remember Mrs. Estienne. A few years ago, none of her eight children could go away. No money, no clothes…

She avoided me for a week. Late one night, I was getting ready for bed when, without a sound, she pushed the door open and came into my shack.

She sat down on a bench, her head bowed low.  She was sobbing. After a while, she whispered, ever so faintly,

“It’s been three years now since they’ve gone anywhere! And their father drinks.  What’s to become of my children… ?”

Since no one would ever dream of leaving any child behind, how can we agree to live in a world where the children of the most underprivileged can’t become all they want to be?