My mother taught us to be proud 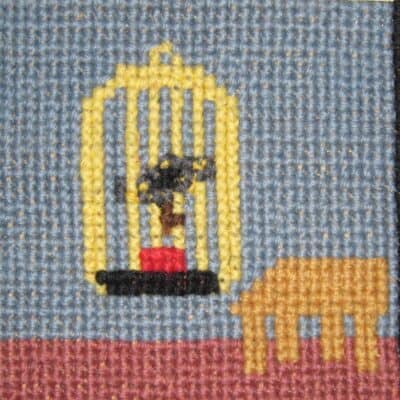 I started to work at four years

I was four years old when I started to earn a living by serving mass. It was real work for me because, in return, I was given something to eat every morning after mass: a big bowl of coffee with milk and bread. On Sundays there was butter on the bread. And each week we were given a few pennies. It was Sister Augustine who got this job for me. Every day she watched my big brother and I leading the goat down the hill. Having the goat meant that my little sister would have some milk. Sister Augustine cared about us. She was interested in my sister’s health and she thought about my mother. She befriended us because we were poor children.

Our goldfinch had died

I remember when I was little, my brother and I found a wounded bird in the street and brought it home. It was a goldfinch. We put it in a cage and fed it, gave it water and took good care of it. We really liked our bird. It used to sing.

But then things went very badly for us. My father wasn’t writing to us anymore, and there was no more money at home. We were at rock bottom. My mother was in tears and we children were all crying. We didn’t understand what was going on and we didn’t know what to do. I even stole some flowers and brought them to my mother to cheer her up. But nothing made any difference.

Then one day things got better, and the sun was shining again. That’s when we noticed that our goldfinch had stopped singing. He had died because, in our troubles, we had forgotten him. That’s what human misery does to you: you can never be sure of holding onto the ones you love.

My mother taught us to be proud

Once things were going so badly that they suggested my mother put me in the Auteuil orphanage. They said I could learn a trade there and, besides, I was an unbearable child. I used to steal pears from the neighbors. I tried all the tricks you could ever think of. I can still see myself the day I went into the corner coffee shop, the one that sold cigarettes. I pulled out my pistol with the rubber bullets and yelled “Stick your hands up!” Then I grabbed the money that was on the table. I was really the worst child of the neighborhood and got into everything.

If I had been a child today, the way the society is, I would be put in reform school.

As it was, the people in the neighborhood were not too happy about my behavior and sometimes it was hard on my mother. She was afraid of the family’s reputation and so people told her I should be put in the Auteuil orphanage. Everybody got involved. Then the night before I was to leave, my mother said, “No, you’re not an orphan. You have a mother.”

It was because of my mother that I got involved with very poor families. My father had left, so my mother was on her own with four children. But, thanks to her, we weren’t unhappy. We were often humiliated but my mother always knew how to make us feel better again. And thanks to her, we had an identity; we were someone in the neighborhood. People used to call us the “Kikis” because of our name.

My mother was always helped in one way or another because, in spite of her poverty, she kept her honor and her pride. She taught us to be proud. When someone wasn’t respectful with us she said, “No, I won’t accept that.” She made people respect us.