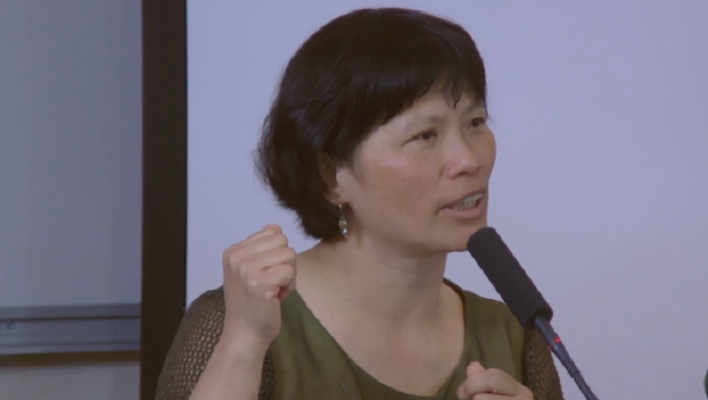 Sun Ta-Chuan introduces his expose with a video presenting the roots of her engagement with his people, “I have lived since childhood with a fear of losing our history.” He shares what he has learned from Joseph Wresinski, inviting us to consider the process of writing because, “putting order in one’s own story is reconstituting one’s own existence.”

This video refers also to an important “methodology” learned from Joseph Wresinski: “We must concentrate on the family.”  Shuw-Shiow Yang introduces us to the seminar, “The Right to Live in Family for Children Forcibly Taken, Taiwan, July 2016.”