Skip to content
Home > Writings > When Love and Justice Become One

When Love and Justice Become One 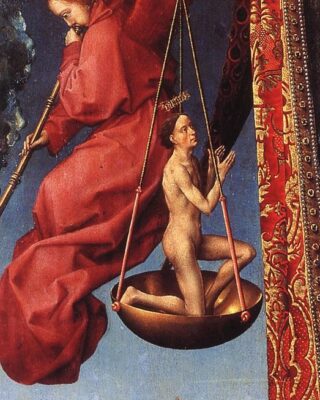 It was 30 years ago that I first visited the camp at Noisy le Grand where 252 families had been thrown together. They had been abandoned, and were living in such poverty and isolation, that Geneviève de Gaulle 1 , on visiting Noisy could not help remembering Ravensbrùck (concentration camp where she had been detained during the war).

I was struck by the refusal of the families to accept the living conditions that had been imposed on them. They invented a thousand ploys to get round every kind of setback and humiliation without success. This was how I came to understand that poverty is a cancer which the families, despite their courage and efforts, would be unable to overcome.

They refused in vain to see their children being treated differently from others in all the places designated for children. In the same way the men’s efforts to find work were also in vain.

Despite of all their efforts and ingenuity, the families could not overcome their financial difficulties. They despaired of being unable to give hope to the youngsters or to put love into their children’s hearts. All these things combined to make them fear for the future. All these things haunted me from the first moment I entered this camp where I had been sent for a few months by my bishop

Today, 30 years later I ask myself: “Why did I stay with these families in spite of the misunderstandings, the humiliations that I never ceased to share with them’?

At first, it was the children who kept me there. They made me understand that hands, hearts and understanding were needed to put an end to poverty. Children like Nono, to whom I had once given a piece of chocolate and who had eagerly shared it with his little sister, Today, he is a lumberjack. He probably doesn’t realize it, but thanks to him, I learned that to love means loving others more than yourself, in spite of the hunger, the cold and the fear.

It was Gerard, crying, because he was frightened of the dark in those places where there was no electricity, who brought me into the light. He helped me to understand that justice must illuminate our hearts.

It was Jacques, a little ten-year-old boy whose goat had just died, who reminded me of all the children who go hungry throughout the world. He brought to mind the goat I used to mind in the fields at the bottom of Rue Brault, every day at the age of four, so that my little sister had some milk. What else can you do when a child tells you: “My goat is dead, we won’t have any more milk”, if not to find them another one?

One day Marcel said to me, ‘I would like to play the violin’, I had to find him a violin and ask friends to give him some lessons, because the voice of Marcel was the voice of the poorest asking to be able to enjoy the things that we all enjoy.

Mathilde loved dancing, Every Wednesday I used to take her near to the Trocadero in Paris for her lessons. Jocelyne wanted to be a model, so I got her a job in the Rue Royal, at Jacques Griff. Jacques wanted a bicycle; Nathalie, an easel and paints; another, a watch; more often it was bread, a little money; for some, a new dress with pretty flowers…. I dreamt about it at night. I remembered my own childhood and how I had lacked so many things. Thanks to my mother, I had been lucky enough to go to school.

I also wanted all these children to be able to go to school, so that they could learn. That is why I stayed with their families. I searched for brand new books for their children and taught them the Catechism in a shed that I had repaired and which had been decorated by some Swedish artists with the pictures of the parables from the Gospels.

Some people understood, but there were many who did not accept what I was doing. However, all those children who asked me for help and demanded things I would never have thought of, determined my future as a man and as a priest. Whenever the children’s eyes were beaming with joy, my delight was to see the parents at ease.

I felt as though an atmosphere of peace was spreading throughout the camp. It is the same delight that I have felt over the past 30 years when poverty recedes and peace and joy take its place, in Bangkok, London, New York, Marseilles, Bangui, Port-au-Prince.

At first, many people kept telling me: ‘The main thing is to teach the children to be polite. They will never be happy with parents like theirs. Why not take them away from their families’? Then as now, I know the parents to be decent people who want to be responsible.

This is why I stand up for them, I explain to the town hall, the police, national and international organisations, the churches, to everyone, how courageous these families are and how they would do anything for their children. Of course, during these 30 years, I have faced endless difficulties in trying to establish justice in men and women’s hearts.

The families have helped me a great deal. Like Madame Thommeret, they repeatedly told me: ‘You have given us back our self-respect’. Volunteers with the same ideals have joined me. And you, my friends are the guarantors that the struggle already begun will continue in the future. You understood the great challenge we undertook in trying to gain respect and the rights of the poor

No longer will the poorest families be regarded with disdain; no longer will they be treated like outcasts. Thanks to us, and for the first time, fathers and mothers regain their confidence, and can work together to build a better life for their children.

Thanks to us all, rich and poor, the fight against extreme poverty has become the fight for dignity. My friends, for the last 30 years, we spent so many Christmases together, the most beautiful Christmases in the world! We have overcome pain and despair, from now on, more people, whatever their condition, will take justice to heart.

A way lies open. Let us help others to take it so that in the future poverty will be no more than a bad memory.