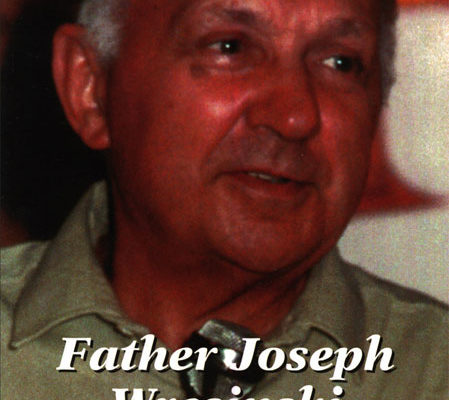 Taking a Country at its Word. Joseph Wresinski Confronts the Reality and Ideals ot the United States ,Fanchette Clement-Fanelli, Fourth World Publications, Landover, USA. Fanchette Clement-Fanelli has chronicled the dialogue for building a national and international movement to overcome persistent poverty, dialogue between the founder, Joseph Wresinski and those involved in the United States. Working for more than 20 years of correspondence, interviews, notes from meetings and visits, the author brings us the tensions, discoveries and convictions that emerge in this process.

The Poorest Teach Us the Indivisibility of Human Rights ,by Jean Tonglet, in Roma Rights Quaterly, Edited by the European Roma Rights Center, Budapest, 2003.

Knowledge’s Redemption ,Louis Join-Lambert and Pierre Klein in conversation with Michel Serres,published as the feature ’Superhighways for All’ in ’Revue Quart Monde’, Paris (No 163, March 1997)

You Must Be with the Poorest: a Response to Gregory Baum’s “The Poor Shall Always Be with You” , Charles Courtney/Bruno Tardieu,in: The Ecumenist 38 (2001) 10-14.

Poverty and Human Rights in the Light of the Philosophy and Contributions of Father Joseph Wresinski , Marco Aurelio Ugarte Ochoa, published in “The Poverty of Rights: Human Rights and the Eradication of Poverty”, edited by Willem JM van Genugten, Camilo Pérez-Bustillo, Zed Books, London/New York, 2001, 51-61.

Poverty and Human Rights in the Light of the Philosophy and Contributions of Father J. Wresinski
by Marco Aurelio Ugarte Ochoa

Taking a Country at its Word