Your History Is A Proud History 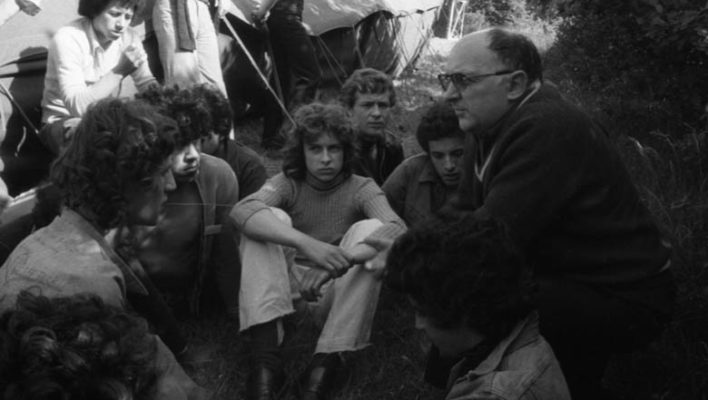 Address given by Joseph Wresinski at the first gathering of Fourth World youth in Sappel, France, 19-20 May 1973

People who are feared!(1)


You are the descendants of those locked outside the gates of Paris. People were afraid of your parents and grandparents and they were consigned to what was called ‘the Red Belt’. They were barred from entering Paris.

Do not imagine that this began only yesterday. Your fathers and your grandfathers were used to swell the ranks of the Paris Communards(2), to fire on the Versaillais troops, and to be fired on in return. During the French Revolution, you were used to storm the Bastille and then banished to the heights of Belleville, again outside the gates of Paris.

Louis XIV incarcerated you in the Hotel-Dieu and Francs-Comtois hospices in Paris. You were locked up because you were unwanted, you, your grandparents, your great-grandparents. In the 18th century you were known as ‘costly wrecks’. And yesterday, Hitler condemned you as mad and consigned you to the ovens of the death camps.

This is what you have discovered today: you have a proud history; you are not just anybody; you were not born yesterday. You are those who have inherited the world’s misery; you are people on whose shoulders has been placed this burden which stops you raising your heads high and revealing the truth to the world.

Here at this place there are just 300 of you, but you represent others, all the others who could not come and who are disheartened not to be here, people with the same concerns as you, the same will, who want exactly what you want. Like them, you do not identify yourselves with small groups and clubs. You are not the youth of a club, you are the youth of the Fourth World, you are the youth who are standing up and who have something to say to the world. You are not just any young people.

You long to be people who can love and be loved, who can be respected because you are respectable and it is because of this that you want professional training, you want schools for your brothers and sisters, proper schools, secondary schools and universities whose doors are open to you. You want people to be able to live and be happy in your communities. You want to have trade unions interest themselves in you, political parties come to your defence, and local priests to take your side, because this is the only side they should rightfully be on. You want union rights for young people, political rights. You want everything that constitutes the richness of youth and which builds young people’s lives. And you want things to change.

You do not want to be just any young people. Your youthfulness has been hewn by the harsh laws of labour, distrust and deprivation, and for some of you, by the punishing demands of hunger and begging; yet your youth has too much stature and self-esteem to involve itself with drugs and to play the rebellious martyr. Your youthfulness demands that things change and you know that things can change. You do not want to remain in ghettos, buried in small sink estates and housing projects like those in Stains(3), New York or Fribourg. You want young workers to join you, as well as young apprentices, young communists(4) and young Christians. You do not want to be alone.

A people standing proudly together

It is not enough to think: we are going to be strong because we are 300 in Sappel. No! We stand alongside all those who one way or another have something to teach us and to whom we have much to teach because of the lives we have lived, because of who we are. We are young people who want to gather with young people everywhere who have in their hearts the will to change the world.

Our parents belong to an excluded people, and so do we. We reject the world’s mediocrity and injustices. We want to be part of this people, standing proudly together.

Footnotes:
1) The paragraph headings are provided by the editor.
2) After France’s defeat by Germany in 1871, the Paris Commune was born of a people’s insurrection. The Communards lost the struggle against the Versaillais, government troops based in Versailles with the national parliament.
3) Stains is a suburb of Paris; Fribourg is in Switzerland.4) In 1973, when Joseph Wresinski addressed the young people, the communist party was one of the largest single political parties in France, a situation which lasted from the end of World War II until towards the end of the 1970s. For those who fought for the eradication of poverty and social justice, it was one of the obvious political parties to join.