Keeping alive the hopes of humanity 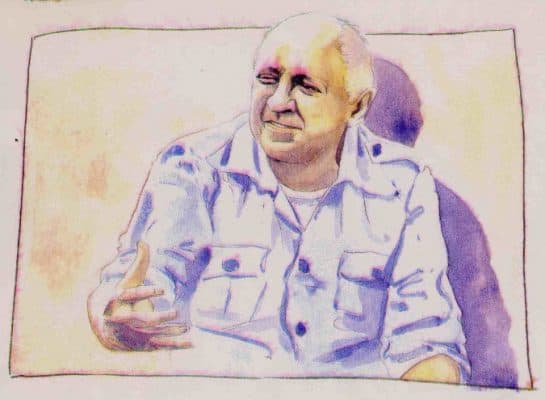 When I arrived in the camp in Noisy-le-Grand, I encountered families facing defeat, families with the words ‘suffering’ and ‘misery’ branded on their hearts.

I wanted to immerse myself in the people’s lives, like most priests at the time. I wanted to live in the midst of them like yeast in dough, like a seed slowly germinating; a seed watered by people’s tears, warmed by love, the families’ love. This is what I dreamed of doing, and still do.

Gradually and against my will I became a public figure, yet my greatest joy remains to be in the midst of families, for between them and us, there is always the feeling of being connected. Last night, I was in a Catholic community 15 kms from Dakar and I was listening to the men and women gathered there, and they in turn listened to me. I thought to myself: it’s remarkable how alike we are, and how similar we are to the families in Noisy-le-Grand, in New York or New Delhi, to all the families I know and meet throughout the world.

In reality, we are all immersed in the same dough. We share the same hopes and the same longing to see love pounding strongly in people’s hearts so that things change.

My bishop sent me to meet the world of extreme poverty, and I encountered the world of hope, the world of love. As a man, as a priest, this has been my life with these men, women and children. We must deeply respect those who are suffering and never impose on them the God who inspires our lives. These families have discovered I’m a priest and they know me as a priest. They understand that what I hope most is not to convert them but to bring them into a conversation with God, not necessarily through words, since words can be recuperative, but simply through the presence of a man, a man… and volunteers who have joined him simply because they too find unbearable the human reality of extreme poverty.

Refusing the existence of extreme poverty, these volunteers join forces with the families’ own refusal to accept it. What binds us together is not only this refusal, it is also the immense hope that things will one day change, that things cannot but change.

A child told me once: “You know what? We need rich people to come and live in our houses, just for a few days, and we’ll go and live in theirs. And then we would give them their houses back. After that, they could never accept that poor people like us have to go on living like we do.”

For me, it’s so important that men and women can say to the world, to people of faith especially: “You impose a way of life on us; you accept we live such a life. We tell you this is how we live, this is the misery we suffer, a misery we refuse and that you have to refuse with us. How can you continue to pray to a God who is forever affronted by the life we’re forced to live, by the unspeakable suffering we endure every day, every single moment of our lives? What we suffer from is not the lack of bread, though we do need bread. We’re talking about the life of indignity you keep us in.”