Skip to content
Home > Writings > Restoring their history to the poorest

Restoring their history to the poorest 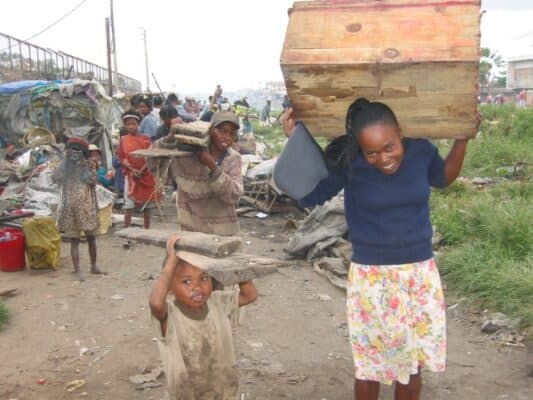 The history of the poorest people is relayed to others only when they feature in the lives of the non-poor: in wartime, during plagues or major disasters that affect a whole country, or again when, through acts of violence or revolt, they represent a danger to the better-off. Apart from such occasions, their past is only recorded in the archives of welfare services, hospitals, the justice system or the police. No where else. Yet, the poorest want to hold on to another narrative, their own authentic history that attests to the situations surmounted, the obstacles overcome, and to the lineages of families that, with courage and tenacity, endure. They recall the former emergency housing camp  as a lost paradise, so that we can better appreciate their courage. They know that the essence of their collective identity is not the harshness of the past, but the resistance that has enabled them avoid annihilation.

Unfortunately, the collective memory the poorest retain of their experience is an isolated one, upon which the rest of society does its best to superimpose an alternative story of failure and humiliation. If their story of ancestral resistance could be better told and integrated with mainstream history, it would counter this other memory imposed on them and preventing them from taking their future in hand. Restoring their history would finally allow the poorest people to express their aspirations without exposing themselves to ridicule.

At the same time, knowledge of present achievements would give recognition to both their on-going resistance and their collective refusal to accept what they have been subjected to. Such a process would draw on the experience of the poorest in also identifying the events that are most significant in overcoming poverty. This would restore their rightful role as partners and experts who have an experience of poverty and of what eradicates it.

They ask fundamental questions about their condition and potentially have the answers to them. Not because of their capacity for analysis, but because they are in a privileged position to confront a social reality that they reject and seek to change concretely, day after day.

Taking steps to bring this knowledge to light is already overturning our excluding behaviour and contributes to bringing the poorest people differently into the public arena.