The Children of the Fourth World in Search of Knowledge 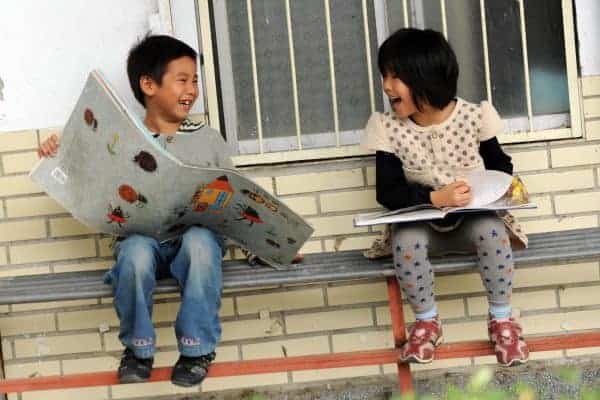 Few children have known such an early, diverse, and formative experience of life as those living in poverty. At an early age they have already experienced the struggle for survival, the price they pay for love, the anguish of loneliness and suffering, and the cycle of violence. At an early age they are put in a position of responsibility for themselves and their family and already know the burden of failure and guilt.

And yet they “know” nothing. At school, almost as a matter of course, they are among the most badly behaved pupils, considered to be of no interest. The older they get, the more they will be categorised as uninformed and incompetent, to the point that they themselves will say: “I’m one of the ones they can’t do anything with.”

People whose ideas are never heard because they cannot be expressed are at the mercy of every arbitrary whim; they are subject to other people’s’ ideas and are slaves to them. For the past three generations, society has concentrated its efforts on educating the nation as a whole and not merely one class of privileged children. The poorest of the poor, however, have remained untouched by these efforts, leaving them unable to make sense of their own ideas and those of others. This is the greatest injustice that can be inflicted upon them.

Faced with this situation, ATD Fourth World had to be a movement that promotes access to knowledge.

One of the fundamental questions we need to ask ourselves is why children living in poverty are excluded from knowledge. What does it mean for them to learn, to formulate ideas from what they have learned — ideas about life and its struggles? How can they build a view of society that will become grounded in love, that will bring them out of isolation and let them find common cause with others and join them in friendship?

To introduce knowledge into the very poorest environment is no small undertaking; it means getting involved in the major new currents of the coming decades, where at last students will return to the people’s first faltering steps to share knowledge with them and test its validity; for there is some “knowledge” that is false because it has never been embedded in real life. It also means restoring to the people of the Fourth World a consciousness of their own existence, letting them know that their sufferings, hopes, and struggles matter for them and for all people.

If the world of the poorest people is at the mercy of every political viewpoint, it is because they know nothing about society, communal living, or how to build relationships with their surroundings. Deprived of these relationships, they cannot open their hearts; they are forced to react violently. They endure their present circumstances and have no control over their future. How can someone who has never learned to organise their thoughts and actions make a living? How can someone who never learned as a child to succeed in the simplest endeavours live otherwise than in destitution?

Having knowledge is understanding who you are and what your life is about in order to communicate that to other people. It’s about having experiences that don’t leave you humiliated, but proud. Such knowledge is the fundamental prerequisite for any progress, for any human life worth living. It is therefore the very first thing we must share. No social, spiritual, or other human capacity can be embraced by people without knowledge.

True fairness is wanting other people to have the same intellectual power as we have. It is about making it possible for the people of the Fourth World to create in their turn an environment where all people working together can build something new, something different from what we have experienced so far.