Skip to content
Home > Writings > Letters > Who will bear witness?

Who will bear witness? 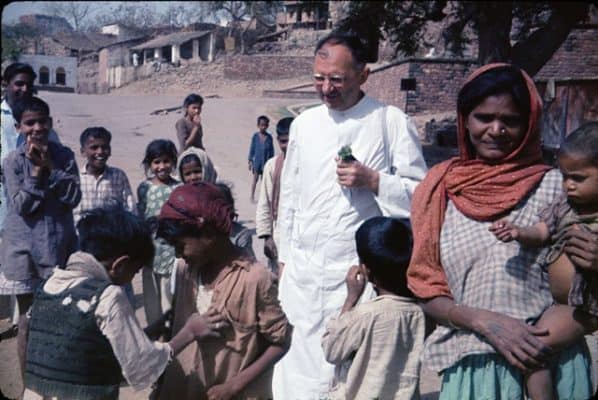 In 1982, during a visit to Israel and Palestine, Father Joseph Wresinski wrote to the permanent volunteers at the ATD Fourth World international centre in Pierrelaye, France. Five years before the inauguration of the Commemorative Stone in honour of the victims of poverty laid on the Plaza of Human Rights and Liberties in Paris, he pointed to the necessity of rescuing from oblivion the suffering endured by the poorest members of the human community.

When you are so far from home and you are fortunate to spend time in a more universal setting, the true importance of things becomes blindingly obvious. One of these is the wisdom that permeated ATD Fourth World when it chose to write hour by hour, day by day, the nature of extreme poverty experienced by families. It was a decision which came, I feel sure, from the love we feel towards them, and the certainty that without this daily relationship, any other future for these families would be impossible – and that they would be condemned to the oblivion of which we have spoken about before.

Here, in Palestine, I constantly encounter the reality of this oblivion. We say that the lives and existence of the poor leaves no trace. What trace, what footprints have they left in La Courneuve, the Francs-Moisins or the Cerisaie*? Passing through there the other day, I could not even locate where they had lived. And yet, how many tears have drenched this earth, how much suffering has been endured by hundreds of families in these places, how many cries have rent the heavens! No monument, no memorial stone or plaque has been erected. Only people’s bodies carry the scars; only the minds of children who have grown up will carry the memory until it is lost.

And yet in these places humanity has suffered like nowhere else. We have seen children shamefully begging; we have seen grown-ups unscrupulously humiliated, victims of inadequate laws and subjected to the behaviour of others that is inhuman in its pettiness. We have seen the incontestable rule of arbitrary decision-making, hordes of poor defenceless people subjected to degradation before dying of shame. What have we not seen?

Who will know this?

Who will bear witness? Who will pass on the words of this portion of humanity, reduced to slavery, reduced to an unsung heroism — unsung because it has nothing to defend, no cause to celebrate, except that of simple survival and humble love of family, unrecognised, misunderstood, and often ridiculed.

If we had not been there day by day, one of the most painful pages of the lives of the poor would have been torn from the history books, while the more fortunate, having forgotten all they had inflicted on the poor, might think their condemnation justifiable.

* This is a reference to the shanty towns and emergency housing provision in the suburbs situated in the north of Paris that were razed in the 1970s.