Skip to content
Home > Writings > 17 October: How Can We Be in a State of Silence and Mobilisation?

17 October: How Can We Be in a State of Silence and Mobilisation? 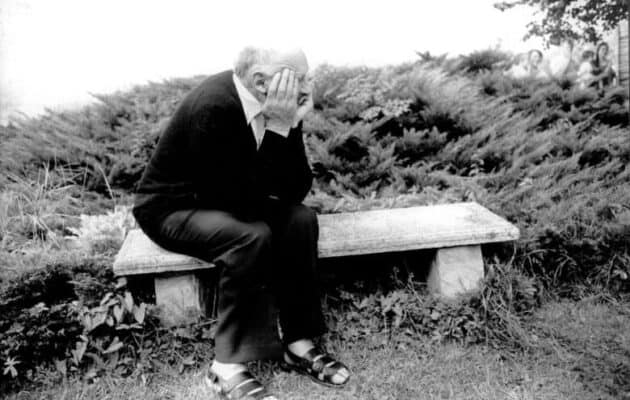 At the end of July 1987, addressing the volunteers mobilised for the preparation of the large rally of human rights defenders on 17 October 1987, an event that was to give birth to the UN International Day for the Eradication of Poverty, Father Joseph Wresinski evoked the meaning of this event and the spirit in which he would like it to be lived.

The year 1987, as you know will be a milestone in the history of the Fourth World. You are all extremely aware of this and some of you are expressing your concern, asking “How can we seriously prepare ourselves for this?” Or “How can we not allow ourselves to be consumed by its organisation, hence by tension and excitement?”. “How can we be in a state of silence and mobilisation at the same time”?

“How can we be in a state of silence and mobilisation at the same time?”

On 17 October we will accomplish an important act in memory of and in union with the millions of men, women and children throughout the world who suffer hunger and humiliation, contempt and fear. This act, carried out in full view of the world, calls for a real inner preparation; our souls and our hearts will need to be in harmony with it. We do not have the right to lean on the families’ misery without suffering with them in the depths of ourselves, without being in spirit with the courage of those for whom we gather so their lives may change.

A week ago, I celebrated the funeral of Mr. Ventejol, President of the Economic and Social Council, at Saint Pierre de Montrouge Church. I would not have been able to conduct the ceremony without being deeply in tune with the family’s grief. For three days I prepared myself for it, day and night. I put myself in a state of silence, meditation and fasting. This time of prayer focused on Mr. Ventejol made me realise that there was no question of turning it into a drama or an act of recuperation for the benefit of a Church that he had not understood; that there was no question of turning it into an act of publicity for the Movement that he had supported, nor into a personal act of witness ( by me.) I had to look deeply into this man’s life, to take on his hopes, his sorrows, his search, his achievements and his failures, to allow the ideal that was his to literally take possession of me, and at the same time to be in communion with the grief but also the pride of his wife and his two children, Philippe and Gilles. For three days, I literally let myself be taken over by this man. My thoughts, my heart and my life were deeply touched by his.

It was then that I thought of each one of you who carry the preparation of 17 October with the same anguish. We have ten weeks left to prepare ourselves and make this a profoundly memorable day. From now on, everything we say, everything we do, everything we think in our teams, our families and with our allies, should be undertaken in the light of the blessings afforded us by the 17 October.

In order to ease your worries and make you more open to sharing the spirit of those most overwhelmed by extreme poverty, I have sought the advice of several volunteers, Bernadette, Gabrielle, Claude and Eugen Brand. We thought it would be wiser and more considerate to postpone the programming of the teams who are most intensely involved in the preparation of 17 October – I am thinking of France, and of the other countries in Europe. For these countries and teams, we are now postponing this until the beginning of January.

Creating in us and in our homes a climate of peace, harmony and peace around 17 October.

The fact of postponing the programming session should not hold us back; on the contrary, it should reinforce an inner spirit of communion. That is why I would ask you to undertake three days of fasting before 17 October, to invite priests, religious, pastors or those you know have a faith, to dedicate themselves to prayer so that they may help us create in ourselves and in our homes a climate of peace, harmony and calm around 17 October. For those who pray, it would be meaningful to go on a retreat for a few days in September.

All of us could set aside days to deepen our understanding of the event that we are going to take part in, so as to remain in deep solidarity with Fourth World families. For they too and the allies must also put themselves in a state of reflection and fasting.

It will not be a question of a theatrical performance but of bearing witness to the courage and bravery of millions of people.

The whole Movement must remember that this 17 October, we will be gathered together as bearers of all the suffering, all the pain of the world, and together we must help each other (to) be aware of this. The time off celebration following this commemoration should not divert us from our purpose. For it will not be a question of a theatrical performance but of bearing witness to the courage and bravery of millions of people.

The preparation of 17 October will therefore need to be a time when we share with the families the suffering, hunger and despair of the world so that they can be true spokespersons and not just extras. This is why you will have to make every effort to find books, documents, videos and films which illustrate the misery that afflicts the world, and to make these the subject matter of your People ‘s Universities and other fraternal meetings that you will hold in September.

With this in mind, I am inviting the team leaders, all those who are vis-à-vis for the 17 October, and the Volunteer Corps delegates, to come to Pierrelaye on 20-22 August. They will be asked to pass on to their teams, their regions, their countries, the spirit that should animate these days if we are not to betray their real purpose.

I have every confidence in you. I know that you are aware of what is at stake on 17 October.

You are so much part of my life.