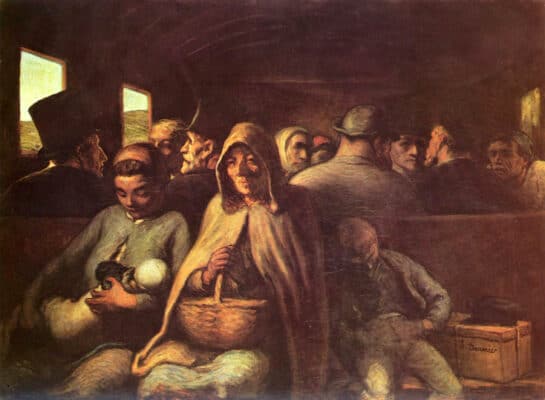 The ATD Fourth World Movement has sought to denounce the existence of a population that has been cast aside to such an extent. Since its creation, it has urged society to look differently at this population, in France and in other countries. It is now no longer acceptable that this population, these families, continue to be seen as before. You all know what people used to say about them: “They are special cases; it’s their own fault; they are happy living like that; they have always been like that and always will be“. Since ATD Fourth World has existed, this population has in a way entered into the historical narrative of our society. Today we can no longer talk about them without reflecting on our society’s history, and on what we now call an historical misconception.

The misconception is indeed that a whole segment of our fellow citizens has been effectively sidelined, excluded from history, without the entire population realizing it. This is a tragic misunderstanding. In all our societies, at a certain juncture, people’s histories seem to diverge and take different directions. Those who have any power, be it intellectual, cultural, social or political, depart in one direction leaving to a different destiny those who cannot help them or even follow them. From this point on, a separation crystallises, condemning one part of humanity to pursue their lives apart from the others.

ATD Fourth World has wanted to put an end to this separation. It has sought to compel people to meet one another across this divide, to acknowledge one another, to give recognition to the very existence of those who are cut off from the others. Perhaps this is ATD Fourth World’s real achievement. It has sought an encounter not to offer help of any kind, but to create a dialogue where society itself would question its integrity.