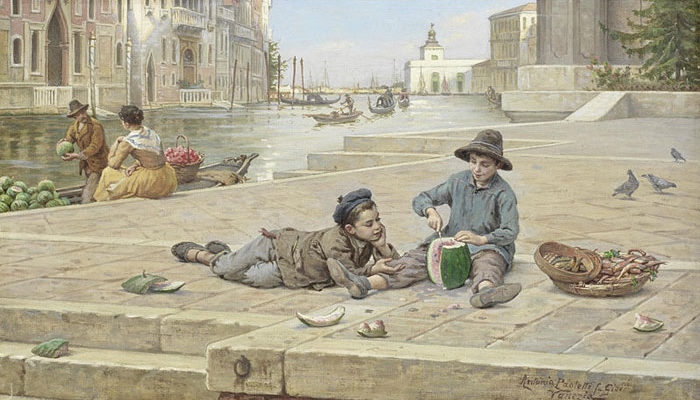 Introductory address at a Science and Service course on 27 December 1966 during a training session for people, mainly from France, who had no experience of poverty and who wanted to be involved.

“What does sharing mean? We were taught about this when I was a child. Even though our family lived in poverty, when anyone knocked on our door to ask for food, I was told to take a piece of bread and a few coins and give them to the person who had knocked. Sometimes our neighbour’s son would come over to our house. His mother drank; she was a single parent, and when her son came home from school, he would often find his mother collapsed next to the stove, and the boy, only 13 years old, would lift her up and carry her to bed. My mother would sometimes have this boy over to eat. Occasionally my mother and this neighbour would get into an argument, and my mother had the gratification of being able to say, “after all that I’ve done for her”.

There was also a priest who used to come and see us to collect a contribution for the parish, which he did with all his parishioners. But he also visited people who were poverty-stricken, which is what we were, and he sat there and stayed a long time with my mother. For our contribution to the parish, we always gave him 50 centimes. In the evenings, before we went to bed, we used to assemble packets of cigarette papers to make some money, and we would give him some packets and cheat on the final count. That was our way of sharing.

But what was remarkable was that when this priest came to our home and sat down to receive a few centimes and always these little packets of cigarette papers, he stayed at our place for a long time and listened to my mother with a lot of respect and esteem. Sometimes he would ask questions about our neighbours, and he even asked my mother to do something for an unbeliever on the floor above ours. He gave my mother the privilege of being able to share and the possibility of sharing not just anything, but honour and trust.