Skip to content
Home > Writings > It’s Not Easy to Forgive

It’s Not Easy to Forgive 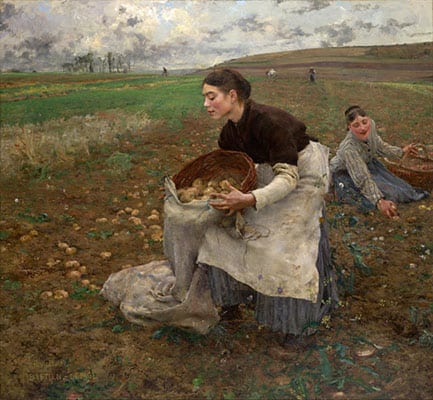 In this time of crisis, this message, written in 1984, is as relevant now as in the plea made by Joseph Wresinski at the end of the collection of his writings: “Friends, can these children, these mothers, these husbands, wives, this people trapped in extreme poverty rely on you tomorrow? “(Words for Tomorrow, p. 141)

For several months now, at the intersection of Cadet Street
and Montmartre Boulevard in Paris,
young women, twenty-five to thirty years old,
have been rummaging through rubbish from a market,
digging into piles of discarded crates and cartons.

I saw one of them pull out two half-eaten cakes,
slipping them stealthily into her bag.
Suddenly, two toddlers were standing beside her,
and she split a cake between them.

This scene stunned me so much
that it left me speechless.
It reminded me of all those children
who also used to scrounge through garbage
for scraps of food
in the emergency housing camp in the 1960s.

I remembered those boys who sold their marbles
to buy a loaf of bread for their mother’s birthday.
I thought I would never see such a sight again.
But, twenty years later,
here was a mother of two
feeding her children other people’s stale cakes.

Another nightmare
I would not have dreamed of anyone going through again
struck in September 1984. Four small children,
aged eight months to eight years,
were thrown out of a municipal trailer park!
This happened yesterday morning.
Their family had been taking shelter there
beneath a borrowed tent since July.
No one had done anything for them,
neither the mayor, nor the police,
nor the social worker.
Except, of course,
for placing the children in foster care
“until things can be worked out.”

But, for very poor families, life is not just sadness.
It holds peace and forgiveness, mightier than misfortune.
This brings to mind the man
I met last August in a cemetery.
His nine-year-old daughter,
while walking along the sidewalk,
was hit by a car and killed.
After the burial, her father said to me,
“You know, I was ready to strangle the bastard
who killed my daughter.
But when I got to the police station
and saw that the driver was a handicapped woman,
I couldn’t say a thing to her.
I started thinking how horrible she must feel,
knowing she killed my little girl.
We just started to cry together.
I told myself people should forgive.
But, believe me, Father, it’s not easy!”